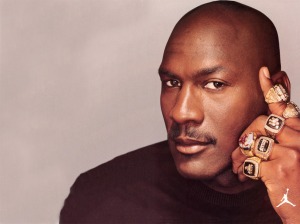 “If you don’t bring your level up to compete with me then I’m going to completely dominate you.” – Michael Jordan 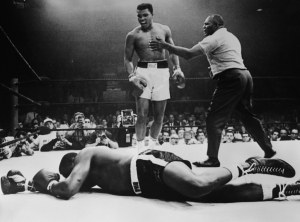 “I am the greatest, I said that even before I knew I was.” – Muhammad Ali 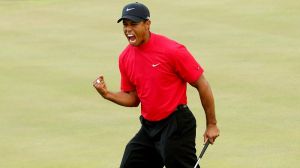 “I want to be what I’ve always wanted to be: dominant.” – Tiger Woods 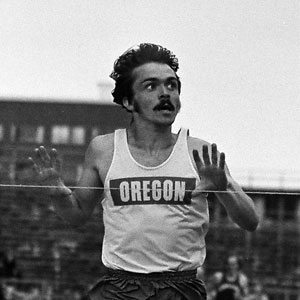 “What I want is to be number one.” – Steve Prefontaine

When I was at the height of my basketball career, few players could match me in physical attributes. I never played a game where I wasn’t the quickest player on the court, I was a great mid-range and three-point shooter, and few players could pass and handle the ball as well as I could. Physically, I was gifted in many ways, and there’s no reason I shouldn’t have dominated in every game I played. The truth is, I was an above average high school basketball player. I showed moments of greatness, but I never consistently reached the point of being extraordinary. What frustrates me most, and what will haunt me for the rest of my life, is the potential for greatness was there. I just didn’t reach it.

Why not? Mentally, I never had “it.” It being that dominating, alpha mentality that I was the best player on the court at all times. For reasons I’m still trying to figure out, I could never keep that mentality. When I occasionally could match that mentality with my exceptional athleticism, I was absolutely unstoppable. I remember going to a high school basketball showcase in Denver, just before my senior season, and they had us line up for a one-on-one drill. One person would get the ball at the top of the three point line, and one person from the line underneath the basket had to step out and play defense. If you scored, you stayed on the court and kept playing offense until someone stopped you. If you were stopped, the defender switched to play offense, and the next player in the line stepped out to play defense. When I got the chance to play offense, I scored against at least 10 players straight, if not more. Keep in mind these were the best players in the entire state, and on that day, I was the best of the best.

Unfortunately, I lacked the killer instinct to play like that every single day. If you look at the greatest individuals in sports, or even every area of life, you’ll find they have this dominant, alpha mentality. In the sports world, it’s people like Michael Jordan, Muhammad Ali, Tiger Woods, and Steve Prefontaine. They believed, every single day they woke up, that they were the best of the best; and believing they were the best ultimately made them the best. Greatness starts from that point. Not hard work, not skills, talent, or circumstance. It’s a powerful, overwhelming belief in oneself that separates the ordinary from the extraordinary.

This is my greatest fear in life: not reaching my full potential because I lacked total belief in myself. It’s something I’m working on, and one day I’ll get there. If you’re not there yet, I encourage you to make that your sole priority. Belief in oneself is everything.